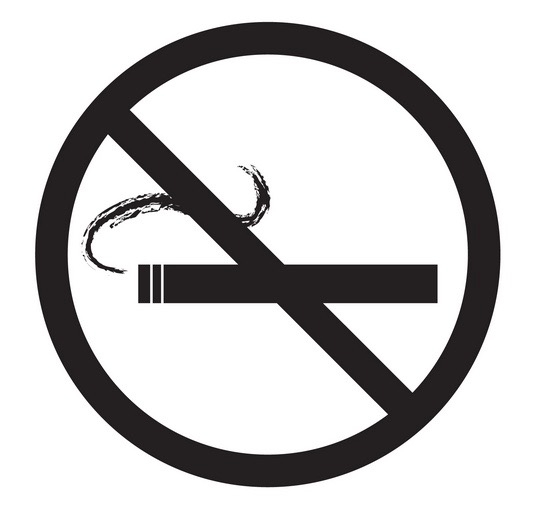 This is a great time to quit smoking, if you are trying to quit the habit. With the Corona Virus spreading quickly everywhere and being that it is an attack on the respiratory system, it’s good to get your lungs strong and healed now, to resist being infected. My “quit smoking guaranteed” sessions mean you buy a package of three sessions, but if you need more help, you get unlimited weekly sessions until you quit.*

As a hypnotherapist since 1983, I have noticed how my clients who come to me to quit smoking are my toughest customers, even though most people identify quit smoking as the one thing that hypnotherapy is known to be great for. That is because people who smoke really love it and don’t actually want to quit. They think that everyone else will get cancer or another disease, and not them. They enjoy the ritual and it is a reward system for them, an enjoyable time out.

But smoking is actually suicide on the installment plan, you are voting with your shopping dollar for a possible early and miserable death. And now that we are all focused on death in these times of the Corona Pandemic, it’s a great time to contemplate your mortality. This is not a morbid thing, as most of the great yogis in India spent time around crematory grounds during their apprenticeship. As death is the one thing that each of us as living beings must do, we can appreciate our lives much more if we feel death breathing down our necks.

Every day is precious, and your relatives and children want you around for as long as possible. So help them out by making a commitment to quit the most obvious thing they can see which will take you away from them. Most people who smoke don’t consciously realize it, but smoking is actually a barrier to your friends and family members who want to be close to you. The foul odor of the smoke, the brown air and the smell on your clothes and hair are a constant turn off. The smelly ashtrays, the cigarette butts create a visual graveyard around your house and patio area. When you go outside to smoke, it can seem like an excuse to get away from those who love you the most.

Then there is the problem with smoking poison. One drop of pure nicotine can drop a 6 foot tall man and kill him on the spot. The nicotine pesticides we use in this country are very effective and among the most lethal. They kill the bad guys but unfortunately also kill the good guys, like the bees, ladybugs, earthworms and even the birds. There is a movement to make nicotine based pesticides illegal to use. So think about what nicotine is doing to your own body.

As a student when I was studying hypnotherapy in the early 1990’s and through the mid 2000’s, we were warned never to guarantee any quit smoking program, simply because smokers are our most resistant customers. But in view of the worldwide COVID-19 respiratory epidemic, I am offering this program. Because I grew up with a chain smoker and even smoked cigarettes for awhile myself, I am committed to help you quit no matter what it takes.

The History Of Smoking

I often think of tobacco as the Red Man’s Revenge. Tobacco has possibly killed more white men to date than white men have killed American Indians in the past. Englishmen got tobacco from the American Indians when Sir Walter Raleigh first brought it back to England. The English people today love their tobacco in cigarettes or rolled up in papers with hash or cannabis, in what is called a blunt. It is believed the American Indians were initially introduced to tobacco from natives traveling north from Central and South America. Tobacco has long been used in pipes and chew in America and elsewhere.

It is thought that mainland Europe may have acquired tobacco though the Spanish, even before the English and Sir Walter Raleigh. Tobacco use spread across Europe and to Japan in the 1500’s from the Portuguese sailors. The Middle East first acquired tobacco in the 1600’s where it has long been smoked in hookahs. Hookah parlors are becoming very popular in the US now. They do not allow people under 18 to smoke and they usually don’t serve alcohol at the same time.

Now e-cigarette use by mostly young people, called vaping, has come into vogue. There was a visual ad campaign against vaping recently here in Orange County which stated “Tastes like candy, kills like poison”, so true! It smells good too, which makes it even more attractive to children. There are no nasty cigarette butts and foul ashtrays to dirty the urban landscape. But it has been shown to also be an effective lethal pastime, as the fluid in the carburetor can have a dangerous mix of often unknown chemicals and pure nicotine.

The huge amount of white vapor that is obvious when coming out of the mouth from a single drag from a vape is filled with liquid droplets that are not good for your lungs. That is like asking for pneumonia, which also creates excess water in the lungs. This excess moisture being forced inside can be very dangerous and if you have ever struggled to catch your breath, it can be one of the most dreadful experiences. Many people claim quitting vaping is even harder than quitting cigarettes. Withdrawal symptoms include anxiety, irritability, fatigue, intense cravings, inability to concentrate, inability to feel pleasure, and headaches. What’s more, people are often not as motivated to quit vaping. They may feel it is a healthier way to smoke nicotine, but the human body was not made to smoke anything, even though smoking various substances has been around for centuries, for use in ceremony or pleasure.

This is an ancient collective unconscious habit that takes commitment and knowledge to overcome. “The greatest evil in the world is ignorance”, to quote Indian guru Sadhguru. If you can smoke in moderation that is the best way to smoke, but most of us feel if a little is good, more is better. That is because the human mind always points toward expansion and acquisition, the drive to have more. But the more nicotine you consume, the deadlier the consequences. The bad side effects for most victims of vaping are shortness of breath, cough, chest pain, nausea, vomiting, fever and weight loss.

The condition, now being called “e-cigarette or vaping product use associated lung injury,” or EVALI, can develop to become life-threatening. As of February 18, 2020, a total of 2,807 hospitalized EVALI cases or deaths have been reported to the CDC from all 50 states, the District of Columbia, and two U.S. territories (Puerto Rico and U.S. Virgin Islands). Sixty-eight deaths have been confirmed in 29 states and the District of Columbia. And with the fear of Corona Virus running rampant around the world, it can mean even greater numbers of vape users are at risk.

The reason my quit smoking guaranteed program is so effective is I use a 5 pronged method of release and quit. Not only do I use hypnosis to reprogram the subconscious mind to accept new clean habits, along with post hypnotic suggestions, but I encourage my clients to start using herbal cigarettes to wean themselves off of nicotine. This is a much more effective, pleasurable and cheaper way to quit than using skin patches from a US pharmacy. Patches are very expensive and they also have the nicotine poison in them, so what’s the point? You still have the poison going into you and it is very expensive poison.

Herbal cigarettes come in a box which looks like a regular pack of smokes, in a cigarette which looks the same as a regular cigarette. They can be easily and legally purchased on Amazon for a cheap price, cheaper than tobacco cigarettes, by the pack or a carton. This way you have the ritual of smoking without the harmful and addictive poison of nicotine. Many flavors of herbal cigarettes are available to help you quit smoking, guaranteed. This method of quitting smoking has been used for years in France. There, you can buy them at the “pharmacie”. This is how my mother-in-law quit. She was a chain smoker and we used to complain all the time about her habit. I was amazed how fast she quit! She was very defensive about her habit, as the French are known to be! But I guess she got tired of us complaining about the fact she would always light up at the dinner table.

The herbal cigarettes are only meant to be used as a way to wean yourself from nicotine addiction. Along with those and hypnosis, I use cold laser therapy to calm yourself naturally instead of the high of smoking nicotine. The 3 diode cold laser beam is narrowed down by a cone shaped attachment which can be used the same way as acupuncture needles for helping you quit smoking. It is used to stimulate the body’s natural endorphins, which creates a feeling of well being, similar to nicotine. In my Quit Smoking Program, this device is used to eliminate the desire for addictive substances such as nicotine.

This device of non-invasive acupuncture with cold laser light is offered to you, as part of all quit my smoking sessions. The auricular acupuncture points are used in the ear. I use the lung point and the nicotine point, as suggested by the NADA (National Acupuncture Detoxification Association) and the ACACD, (American College of Addictionology and Compulsive Disorders) for treatment protocol. I have been trained and certified to use this true healing device. Some places use this protocol by itself and charge over $300 for only one 30 minute session, with follow up sessions at $100 each. I offer cold laser for free as included with each of my 90 minute unlimited hypnosis sessions, when you purchase my quit smoking guaranteed package, or any quit smoking session with me.

The forth prong of my quit smoking guaranteed program involves choosing an outside sponsor besides myself that you can talk to and are encouraged by, similar to choosing a sponsor to help you quit alcohol in AA, by having someone to call when you are feeling weak. This person, a friend or family member, has your best interest in mind. They do not smoke themselves. This will not be your spouse. This person wants only the best for you. This person will be your extra cheerleader in our program.

The fifth prong of my quit smoking package is that I will teach you to use self hypnosis at home, with a custom script. All hypnosis is self hypnosis. You get deeper with practice as we work together and you learn to relax. It is important that you practice self hypnosis at home in order to have more success with this program. 30 days of repeating the same affirmation make a new habit. I will email the custom script we create and you read will it back to yourself at least once if not twice a day, either right before you go to sleep or just as you wake up in the morning. Soon you will be able to remember the phrases without reading them, and repeat them by rote. At this point they will enter deeply into your subconscious mind.

*Once you have quit for 3 months, the guaranteed program is considered complete.

In person and remote virtual sessions are both available.